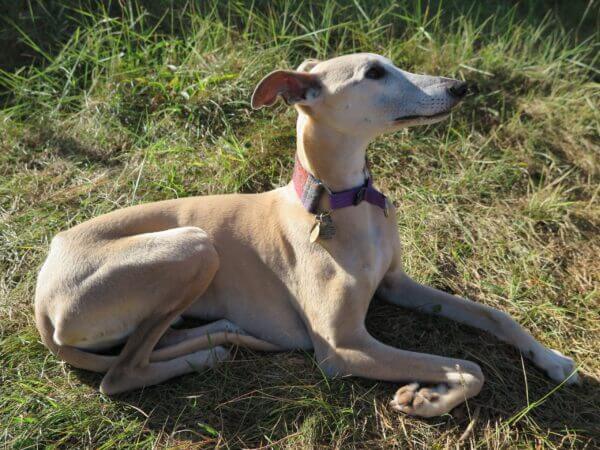 Things have been a bit quiet around here. As you may know, if you also follow me on Instagram and Facebook, my beloved whippet, Viggo, left us a couple of weeks ago. He’d had a heart murmur for years, was on medication the last year, deteriorated into heart failure in December, and finally lost his battle at the end of January. He wasn’t much use at anything but being decorative – he wouldn’t have been much use at a whippet’s traditional job of catching something for the pot – but he was a warm (toasty warm) and warm-hearted boy, with velvet ears and a friendly temperament, a comforting presence by my feet in my studio, and a massive part of our lives. We’re slowly coming to terms with his loss, but it has been hard.

Consequently, I’ve not been feeling too creative – either before he died, nor since. I have kept things deliberately small, and have continued my tiny collages. I chose to continue them as my 100 day project this year, as I want to concentrate on developing different compositions, so I thought collage would be a good way to experiment, but mostly I want to develop my “practice” – the practice of turning up and creating something, no matter how small.

One thought to “Studio Update”