Where to even start 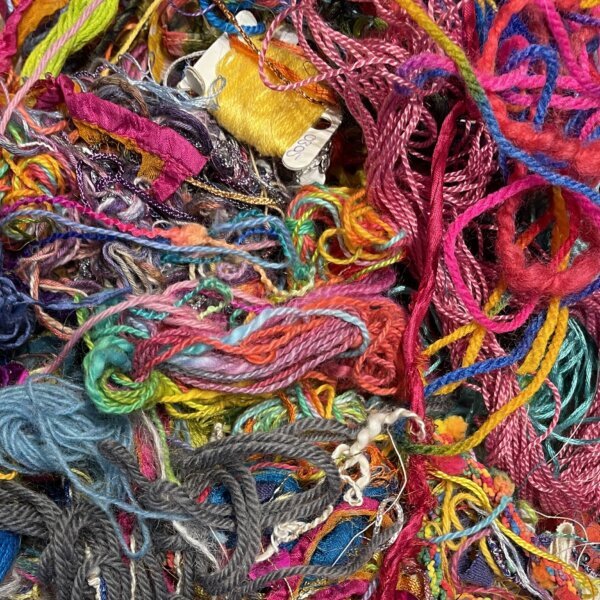 Over the weekend, I met up with a group of friends and we were chatting about stuff, and organising, and generally having a chinwag about how we keep it all under control (or not). One of them took great delight in quizzing me about the state of my house and kept asking me “but is your house tidy?” and found it hilarious that I was grumbling about the perma-pile of old magazines by the side of the piano, under the basket that I use as a large handbag, into which I dump my smaller handbag – on top of the old receipts and half-used bottles of hand gel. Hilarious, as from her point of view, that was nothing, totally insignificant. We almost started a bragging contest, who had the most mess!

Whether something is clutter or not is clearly a very personal thing. Some people like to have all the things, other people would throw their hands up in horror and be happy with a pencil and one reel of thread (who are these people?)

I believe clutter is everything that is too much – too much for you. My magazine pile drives me up the wall (but obviously not enough to deal with it) but Jill wouldn’t even notice it.

And here’s the thing: even though my clutter winds me up and makes me cross, I’ve learned to live with it. And because I’ve been doing it so long, I live with it very well. For example, I’ve always been very good at knowing where everything is. I’ve always been able to lay my hands on almost anything you could ask for.

And that’s the problem. While I know where it is, I can’t get to it, at least not easily or quickly. Everything was* behind something else, stacked on top of other things, and hidden under other things in a box with all the other things at the back of the cupboard. Or on top of a shelf. Or in the attic.

Each person will have their own tolerance for how much rummaging they are prepared to do to find something, how much space they need to work effectively, how tidy they want their space to be when they’ve finished.

Just before Christmas, I reached the limit of my tolerance, and had to admit the scope of the problem – and that big change was needed. I even filmed a “crisis” video to capture the magnificence horror of the “before” stage!

The big Christmas declutter took a lot of work, it’s still a work in progress, but I made huge progress. There were a lot of learning moments along the way, that I’d love to share, but before you break out the black bin bags, maybe take a moment to decide if it’s even a problem. For you. Because some people genuinely feel more creative when they are surrounded by all the potential within all their stuff. And that’s absolutely fine.

But I know that’s not me. I know that in order to think, create, and feel happy and in flow, I need to be able to find what I want easily, and have space around me to actually use it. I don’t want to reach or rummage or wait while I move all the cupboards and boxes and drawers. Creativity can be an elusive creature, and if it takes too long to find the right thing, the moment will pass and creativity vanishes.

And as for keeping my space clear, if I have to sort things into little boxes to put something away, I just won’t do it. For years I owned those clever double-sided thread boxes, but the majority of my threads lived in heaps on my desk until I did a big tidy up session and sorted them all away, a couple of times a year. Day to day, I just couldn’t be bothered.

I know that when an idea strikes, I want to get to it immediately. My mind can move very quickly from one project to another. If I can’t tidy up the first project in under a minute or two, I’m already on to the next thing and the previous things stay, get shoved to the side, until eventually it all accumulates and there’s no room to do anything.

It’s so easy to get used to living and working in chaos, especially if you’ve always done it – it’s what you’re used to. But if it’s not how you want to work, then perhaps it’s time to recognise and acknowledge how it’s affecting you. After all, if it wasn’t a problem, you wouldn’t be reading, would you?

I know that clutter and mess affects my creativity and my peace of mind. So I have to take it seriously. And that’s a hard thing to do. I’m good at thinking of other people’s needs, but not so good at acknowledging my own.

So I have some questions for you.

Leave a comment, or email me and let me know!

11 Thoughts to “Where to even start”